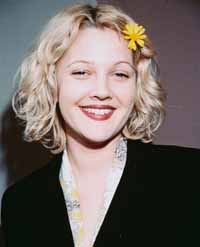 Barrymore just returned from a trip to Kenya, where she toured WFP-supported school meal projects, the agency said in a statement. She plans to spend the week in Washington to advocate legislation in the U.S. Congress to increase money for school meals from $100 million (EURO 73.9 million) per year to about $300 million (EURO 221.7 million) per year over the next five years.

"I can't think of any issue that is more important than working to see that no schoolchild in this world goes hungry," Barrymore said. "Feeding a child at school is such a simple thing, but it works miracles."

Barrymore joins marathoner Paul Tergat as an ambassador. Tergat, from Kenya, benefited from school meal programs as a child, then won the New York City marathon in 2005.

Founded in 1962, WFP provides food aid to an average of 90 million poor people, including 58 million hungry children in at least 80 of the world's poorest countries. The United States said it provides nearly half the annual contributions to the Rome-based agency, which has an annual budget of just under $3 billion (EURO 2.2 billion).