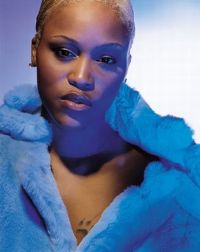 The rapper-actress (real name Jihan Jeffers) was charged with driving under the influence, driving with a blood-alcohol level of .08 or above, and failure to provide proof of insurance, said Frank Mateljan, a spokesman for the city attorney's office.

The charges stem from an April 26 arrest in which officers stopped Eve at 2:40 a.m. after her car struck a raised concrete center median on Hollywood Boulevard.

A breath test showed her blood-alcohol level was above the legal limit, Mateljan said.

Mateljan said a statutory minimum sentence would include a minimum of three years probation, a fine of at least $390 (EUR288), and an alcohol education program.

Eve, a protege of gangsta rap trailblazer Dr. Dre, has released several solo albums and won a Grammy in 2001 for the single "Let Me Blow Ya Mind" with Gwen Stefani.

Her movie credits include "Barbershop," and she once had her own self-titled sitcom.