Jessica Biel still struggles to get respect in Hollywood

Jessica Biel says she still struggles to get respect in Hollywood. 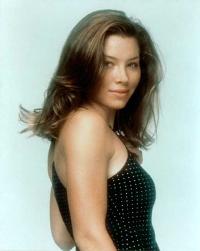 Jessica Biel still struggles to get respect in Hollywood

"Parts that I really want aren't going to me," the 25-year-old actress says in Elle magazine's June issue, on newsstands Tuesday. "Like `The Other Boleyn Girl' with Scarlett Johansson and Natalie Portman. I don't want to say that there's nothing I love that I can have. But there's still the occasional script that the director doesn't want to see you for. They want that top tier of girls."

Biel, who began her career on the family-friendly TV series "7th Heaven," has starred in such movies as "The Illusionist," "Home of the Brave" and "Next." In July, she can be seen with Adam Sandler and Kevin James in "I Now Pronounce You Chuck and Larry."

Lately, she has been a fixture in the tabloids and on red carpets, sitting front row at Paris fashion week and sending celebrity gawkers into a tizzy over her alleged fling with Justin Timberlake.

"The scary thing about having this opportunity is that if it's `your moment,' that eventually disappears," says Biel. "I think about reaching for `the moment' but never really achieving it. That way, I'm always striving."

Asked if media attention makes dating hard, she says, "It makes everything hard because you can't even go to pick up a prescription without somebody trying to snap a photo of what you have in your Longs Drugs bag.