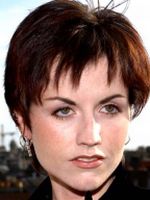 In spite of enjoying solo work singer Dolores O'Riordan of The Cranberries said a reunion of the Irish band is possible.

Asked if The Cranberries, which last released a studio album in 2001, will work together again, O'Riordan said, "Maybe in the future."

But asked whether she missed working with her band mates, she said, "Not yet. This is pretty good fun."

The 35-year-old singer was in Hong Kong Tuesday promoting her first solo album "Are You Listening?".

She said the new recording has a more experimental sound than her work with The Cranberries because she tries different instruments and beats.

O'Riordan said she's happy with her latest work because it was completed in a relaxed setting. The singer worked on the album over four years while she was spending time with her family, even volunteering at her children's school.

"A lot of these songs just came from day-to-day experiences. And it was a very natural, kind of organic process," she said, calling the four years she spent writing the album her most enjoyable since she was a teenager.

Another The Cranberries member, guitarist Noel Hogan is also pursuing work outside the band, writing material for Mono Band.