Gore Vidal became the first winner of the PEN/Borders Literary Service Award, as a truly distinguished American writer whose critically acclaimed work helps us to understand the human condition in original and powerful ways. 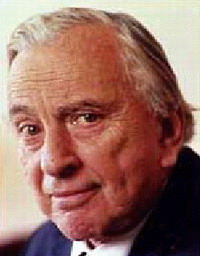 "The breadth and depth of Gore Vidal's brilliant work, his courage in speaking out, even at times when free speech has been at risk in our country, and his lifelong commitment to democracy, justice, reason, and common sense make him the ideal recipient of the inaugural PEN/Borders Literary Service Award," Borders Group CEO George Jones said Tuesday in a statement.

Vidal, 81, is known for his acerbic political and social commentary and for such novels as "Burr," "Lincoln" and "Myra Breckenridge."

There is no cash prize for the PEN/Borders award.