In spite of the fact that more than 53 percent of Indian children are sexually abused most of them keep silent about that, a new government survey said Monday. 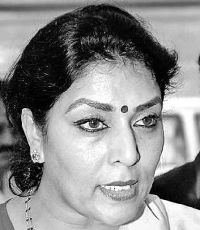 Parents and relatives were found mostly to be the perpetrators of child sexual abuse in the country, Women and Child Development Minister Renuka Chowdhury told reporters while releasing the survey.

"Child abuse is shrouded in secrecy and there is a conspiracy of silence around the entire subject," the minister said.

The ministry is working on a new law for protection of children's rights by clearly specifying offenses against children and stiffening punishments, Chowdhury said.

It covered different forms of child abuse - physical, sexual and emotional abuse, as well as female child neglect, the minister said. The survey didn't have a margin of error.

Last year, the Indian government banned the employment of children under age 14 as domestic servants or in hotels, restaurants or small teashops because children were often subjected to physical violence, mental trauma and sexual abuse.