A white mouse on board a Japan-bound Vietnam Airlines plane forced the flight to be delayed for more than four hours, an official said Monday, adding that it might have been brought on in hand luggage. 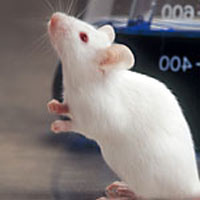 The Boeing 777, which earlier arrived in Hanoi from Danang, left for Narita Airport in Tokyo early Sunday, more than four hours after its scheduled departure after technicians found the small, white mouse on the plane, said airline spokesman Nguyen Chan.

Chan said a passenger on the Danang-Hanoi flight told crew members that he had spotted the mouse on the plane.

"This is the first time we experienced something like this," Chan said, adding that the rodent had to be seized before the flight could resume because it could have threatened the plane's safety.

Chan said Vietnamese aviation authorities suspected that a passenger may have been carrying the mouse in hand luggage.