Herb Ritts Foundation endows Museum of Fine Arts with $2.5 million and his works

The foundation established in the honour of celebrity photographer Herb Ritts is donating $2.5 million (1.87 million EUR) and 189 of his works to the Museum of Fine Arts, Boston, which plans to create a photography gallery in his honor. 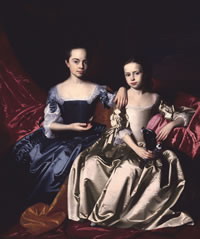 Herb Ritts Foundation endows Museum of Fine Arts with .5 million and his works

The MFA held a major retrospective of Ritts' work in 1996. The new Herb Ritts Gallery for Photography will be part of the museum's new wing, opening in 2010.

Ritts, who died in 2002 at the age of 50, photographed President Ronald Reagan, physicist Steven Hawking and the Dalai Lama as well as supermodels and movie stars, mostly in black and white. He published several books of photographs, did work for top fashion designers, and took pictures for album covers and directed music videos, winning two MTV Awards in 1991.

Some critics said at the time of the MFA's Ritts show, which attracted more than 250,000 visitors, that it was closer to popular culture than fine art.

"When we did the exhibition, it was a critical point in Herb Ritts' career, and it was an important moment for the museum as well," MFA director Malcolm Rogers told The Boston Globe on Thursday, when the gift was announced.

"The museum was making a major statement about accessibility, about what we thought was art, and what we thought were the preoccupations of a younger generation in America, and Ritts was just a wonderful vehicle to make that statement."

The gift to the MFA is the largest ever by the Herb Ritts Foundation, which has focused largely on AIDS-related causes since it was founded in 2003, its executive director Mark McKenna said.