Scorsese gets a Reward

A few months ago the Academy Awards awarded Martin Scorsese, and now it is the turn of the Cannes Film Festival to pay him homage. 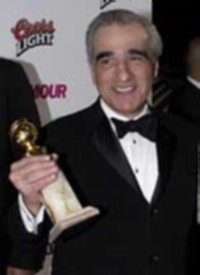 Scorsese gets a Reward

Scorsese, fresh from his best-picture, best-director win at the Oscars for "The Departed," will give a May 24 masterclass on moviemaking to students and film buffs in Cannes, the festival said Wednesday.

At the closing ceremony May 27, Scorsese will present a prize for the festival's best film by a first-time director. Also at Cannes, he is to announce the creation of a new foundation "devoted to the preservation and restoration of the masterpieces of world cinema," the festival said.

Scorsese has a long history at Cannes. In 1976, he won the festival's prize with "Taxi Driver."

The French Riviera festival, which runs May 16-27, celebrates its 60th anniversary this year.