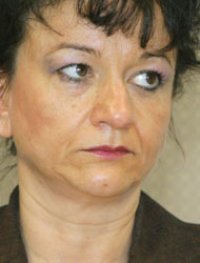 The federal Court of Germany decided to overturn the 15-year sentence of a woman who killed her 8 newborns, but upheld her guilt.

The Federal Court of Justice ruled Wednesday that a lower court had failed to consider sufficiently the possibility of diminished responsibility when it handed down the maximum sentence last June to Sabine Hilschenz, 40.

It said another panel of judges in the eastern town of Frankfurt an der Oder must now set a new sentence.

Hilschenz was arrested after the remains of the infants were found in 2005, buried in flower pots and a fish tank in the garden of her parents' home near the German-Polish border.

The eight children were born between 1992 and 1998. Hilschenz also was suspected in the death of a ninth child in 1988, but the statute of limitations did not allow for that case to be tried.

She declined to testify at her trial, but previously told investigators that she was drunk when she went into labor and could not remember the births.

Hilschenz has said that she and her then-husband already had three children, and the husband did not want more.

The federal court threw out her appeal against the conviction on eight counts of manslaughter.

The defense team had maintained that it could not be established conclusively that several of the babies were born alive.

However, the federal court found that, while it had not been possible to establish the exact causes of the infants' death, the judges had "without legal errors, concluded on the basis of circumstantial evidence that the children were alive at birth." It said Hilschenz herself acknowledged that two babies were born alive.

Before Hilschenz's trial began, the Frankfurt an der Oder court reduced charges against her from murder to manslaughter on the grounds that there was insufficient evidence that she intended to hide her alleged crimes.