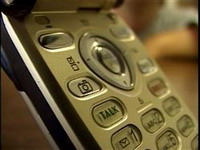 U.S. Federal Communications Commission has stated the idea of allowing airline passengers to use cellular telephones while in flight.

Existing rules require cellular phones to be turned off once an aircraft leaves the ground in order to avoid interfering with cellular network systems on the ground. The agency began examining the issue in December 2004.

Federal Aviation Administration regulations also restrict the use of cellular phones and other portable electronic devices onboard aircraft to ensure against interference with the aircraft' s navigation and communication systems.

In an order released Tuesday, the FCC noted that there was "insufficient technical information" available on whether airborne cell phone calls wold jam up networks on the ground.