Singapore plans to end its anti-obesity program in schools, the Education Ministry said, after parents complained that overweight children were being singled out and teased by classmates. 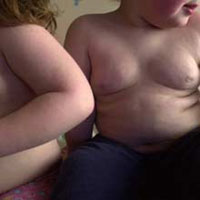 The city-state will scrap the 15-year-old "Trim and Fit" campaign next year and replace it with a holistic program that caters to all schoolchildren instead of just the overweight ones, the ministry said in a statement dated Monday. The statement was received Tuesday.

The new holistic campaign will focus not only on raising fitness levels but also mental and social health by promoting a healthy lifestyle, the ministry said. It did not provide details.

Under the current program, overweight children have to do special rigorous exercises during breaks and before and after school until they lose a required amount of weight, in addition to the regular physical education curriculum.

The "Trim and Fit" program reduced the proportion of overweight students from 14 percent in 1992 to 9.5 percent last year, Masagos Zulkifli, senior parliamentary secretary for education, told The Straits Times newspaper in an interview published Tuesday.

Nevertheless, the scheme has drawn flak, especially from parents who argued a program that singles out fat children makes them easy targets to be teased by their peers, the AP said.

"If you want to focus on just overweight children, then no matter what you call it, there will be a stigma associated," he said.

Health officials and educators say school-based intervention effectively targets a generation growing up on fast food, television and computer games, and is integral to the city-state's war against expanding waistlines and ballooning health care costs.

The Education Ministry has disputed a study that linked the "Trim and Fit" scheme to eating disorders among girls, saying such disorders were complex psychological problems that cannot be attributed to a single factor.