Vanessa Redgrave returns to Broadway in 'The Year of Magical Thinking' 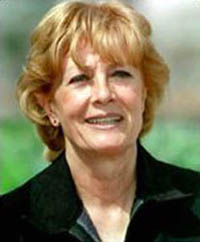 Vanessa Redgrave returns to Broadway in 'The Year of Magical Thinking'

It can be intimidating in an interview, but it's the quality Joan Didion sought for the starring role in the Broadway adaptation of "The Year of Magical Thinking," her best-selling memoir of the aftermath of her husband's sudden death.

"She says I have an emotional intensity that they all thought was the right quality," Redgrave said.

It's a quality that is immediately evident in person. Redgrave does not do small talk. She speaks seriously and thoughtfully, both down-to-earth and wary.

Gray hair pulled back, wearing a simple V-neck sweater and slacks, she sits in the small front room of her surprisingly modest west London apartment, amid comfortable domestic clutter shelves scattered with photographs of her children, ornaments and awards, shelves stacked with books. Didion is there, of course, alongside Harold Pinter, John LeCarre, James Ellroy, Noam Chomsky, Orhan Pamuk.

As she answers questions, she searches for analogies, challenges premises, dismisses what she sees as over-generalizations. She doesn't want to talk, for example, about the differences between acting for stage and screen.

"They're completely different things," she says. "It's like saying, do you find an orange more satisfying than an apple? Both are delicious, or a big disappointment."

Just turned 70, Redgrave is one of Britain's most eminent actresses, anchor of a thespian dynasty that includes her late father Michael Redgrave, siblings Corin and Lynne Redgrave, and daughters Natasha and Joely Richardson. Four decades of film roles range from Michelaneglo Antonioni's "Blow-Up" which made her an icon of 1960s cool to the recently released "Venus" and the forthcoming adaptation of Ian McEwan's "Atonement."

She's been nominated six times for Academy Awards, winning in 1977 for "Julia." Her last Broadway appearance, as morphine-addicted matriarch Mary Tyrone in "Long Day's Journey Into Night" won her a best-actress Tony Award in 2003.

Today she doesn't want to talk about politics. She wants to talk about theater, language and Didion's book, a remorseless depiction of a journey through grief.

"Joan says it's about survival," Redgrave says. "She has said she meant it as a manual for survival. And human beings survive through all sorts of processes, including needing to laugh."

As a result, "The Year of Magical Thinking," she says, "isn't grim. It's tragic, but it isn't grim."

Didion _ a novelist, a playwright and, most famously, a journalist applies the forensic intelligence that illuminated the '60s counterculture in her book "Slouching Towards Bethlehem" and U.S.-Cuban entanglement in "Miami" to her own bereavement.

On Dec. 30, 2003, Didion's husband of 40 years, writer John Gregory Dunne, died of a heart attack, at home over dinner just before the salad, while talking about Scotch, or World War I, Didion can't remember exactly which. "John was talking," she writes, "then he wasn't."

In the aftermath of Dunne's death, which coincided with the serious, and ultimately fatal, illness of the couple's only daughter, Didion describes the mundane minutiae of death: the hospital, the funeral, the bundling-up of clothes for a charity store.

Outwardly, she copes. "A pretty cool customer," a social worker says of her.

Inwardly, she acknowledges, her thoughts are "demented," in ways most people will recognize. Didion avoids driving by any location likely to stir a memory, but finds everything leads to a vortex of remembrance. She cannot bring herself to give away her husband's shoes he will need them, part of her reasons, when he comes back.

"I was thinking as small children think," she writes, "as if my thoughts or wishes had the power to reverse the narrative, change the outcome."

Playwright David Hare, who directs Redgrave in the stage version, has said Didion's book is "almost like a detective story in which the mystery is, 'How the hell do I find a way to suffer less?"'

Didion says Redgrave was the only performer she wanted for the role. Her "emotional intensity and honesty" made her perfect casting, "coupled with her absolute control."

"I think we all shared the sense she could hold the stage alone in a way no one else could," Didion said in an e-mail to The Associated Press. "We knew we needed quicksilver, and she has it."

Redgrave, for her part, sees herself as "a conduit" for Didion's words.

"My goal is to, as a solo voice and as the shadow of the writer, be a sort of freeway for whoever comes to listen and watch, to get all that she's written," she says.

"I am perhaps more like that tradition that was the only way of conveying a story or a poem for thousands of years I'm the speaker. There are different words for that in different countries, different cultures, but that's how stories and poems were conveyed whether it's Euripides' Hecuba or Joan Didion's magical thinking."

Redgrave likens Didion's writing to "photographs of the mind. Very complex and very simple at the same time."

Or, she says, like sitting in the doctor's office, "and he brings up on the screen what the computer imagists have found and have taken out in order to highlight the interior of a limb. And it'll turn around and you can see it: north, south, east, west, inside, outside, reports AP.

"It's a kind of a miracle when you see it, at least that's how it strikes me. And I feel exactly the same about Joan's book."