'Goober' of 'Andy Griffith Show' has his own film festival

Robert Redford has a film festival, and so does cousin Goober. 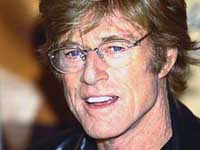 'Goober' of 'Andy Griffith Show' has his own film festival

The Lindsey festival does not have the reputation of Redford's Sundance Festival, and northwest Alabama is not a resort spot like Park City, Utah. Paparazzi? Doubtful.

Still, like hundreds of community film events in cities across America, "Goober Fest" has quietly become a staple in this Tennessee Valley town. It has drawn hundreds of talented if not-so-famous movie makers over the past decade, plus a few real stars.

The festival's longevity is gravy to Lindsey, an Alabama native. All the character actor ever wanted to do was draw attention to his home state and provide a way for students at his old school to get a taste of show business.

"It's to broaden the scope of what independent films are and make them more accessible to the public," said Lindsey, 71. "A lot of film festivals just show movies. We want to do more than that, to show how you put music in a film, how you do this, how you do that."

Indie film producer Matthew Pessoni is happy that his documentary "Iron City Blues" was one of the 99 films accepted to be shown at the festival, which runs through Sunday.

"There are several thousand films made each year, and only a small fraction of those get seen in wide release," said Pessoni, of Nashville, Tennessee. "What the festivals allow you to do is create an audience that you wouldn't otherwise have an opportunity to do."

Franco Salzano and Charles Grosbety came to Alabama all the way from Switzerland to see a featured star at this year's festival, actor Ernest Borgnine. They love his 1973 movie "Emperor of the North."

"It is fabulous. It is our passion," said Grosbety.

Movies screened at the Lindsey festival are not shown in theaters but in more intimate settings, like a public library, a computer store and a hotel bar. There will even be screenings at FAME Recording Studios, one of a handful of places where the "Muscle Shoals sound" emerged in the 1960s and `70s in northwest Alabama.

"Right there where Aretha Franklin, Wilson Pickett, Clarence Carter and Otis Redding recorded we'll be watching movies on Saturday," said Terry Pace, a former reporter who covered the festival and now teaches English at the university.

"The Andy Griffith Show" went on the air in 1960, but Lindsey did not become a regular until 1964, when another Alabama native, Jim Nabors, departed to star in a spinoff show, "Gomer Pyle, U.S.M.C." Lindsey played Gomer's dimwitted cousin, Goober Pyle.

Lindsey's other credits include 20 years on "Hee Haw" and numerous appearances on TV shows including "Twilight Zone" and "The Rifleman." Lindsey's last movie was in 1984, when he appeared in "Cannonball Run II."

People still call Lindsey "Goober" nearly four decades after the Griffith show went off the air, but he is hardly complaining, reports AP.

"It's an affirmation. It doesn't mean anything except `I enjoy the show,"' said Lindsey. "I've got so much more of a career, but the Goober character was so strong."