A lawyer for James Brown's partner says an agreement has been reached over obtaining DNA samples from the late soul singer's body. 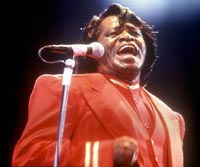 Lawyers for Brown's trustees wanted DNA samples to help sort out several paternity claims made against the singer since he died two months ago.

Brown's partner, Tomi Rae Hynie, originally did not like the way the trustees wanted the DNA collected, her lawyer, Robert Rosen said.

But both sides have reached an agreement on how to collect the samples, leading to the cancellation of a hearing scheduled for Tuesday, Rosen told The Augusta (Georgia) Chronicle.

Instead, the lawyers plan to present an order for the judge to sign, Rosen said.

Rosen did not return a phone message from The Associated Press left at his office Tuesday.

Brown, who died on Dec. 25 at the age of 73, has yet to be buried. His trustees have said it would be easier to collect the DNA samples before he is entombed in his final resting place, the AP says.

Representatives of Hynie and Brown's six adult children have said they reached an agreement on where to bury the singer, but have not made the arrangements public, the AP said.

Hynie says she is the singer's fourth wife and has a child with Brown. She says she wants a paternity test to prove it.

Attorneys for the singer have said Brown and Hynie weren't legally married when he died because she was married to another man when they said their vows.