She could have yawned all night: Paris Hilton, bored at the ball

She could have danced all night. Instead, she stifled yawns all night. 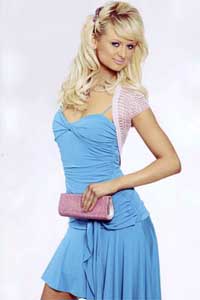 She could have yawned all night: Paris Hilton, bored at the ball

Hotel heiress and reality TV star Paris Hilton certainly didn't look like she was having a ball Thursday night.

Live television coverage of Austria's society event of the year the Vienna Opera Ball repeatedly showed her looking bored in her luxury box at the State Opera House.

As debutantes in white dresses and their escorts in black tuxedos and tails marched into the ornate ballroom, Hilton was seen resting her head in her hands, absentmindedly flipping through the program and fiddling with her mobile phone.

"Look how excited she is," deadpanned a commentator for public television station ORF, which broadcast the ball live.

Hilton was the guest of Richard Lugner, a 74-year-old married construction magnate who invites a celebrity each year. His previous guests have included Geri Halliwell, Pamela Anderson and Carmen Electra.

On Friday, Hilton was heading to the alpine ski resort of Ischgl to celebrate her 26th birthday.

The festivities there included a Paris Hilton look-a-like contest and the "Paris Life Show" photos of her growing up. Hilton planned to shed a white coat to symbolize the passing of another year, organizers said.