Britney Spears and Kevin Federline will continue to share custody of their two young sons this month, following the terms of a January custody agreement, Federline's attorney confirmed Thursday. 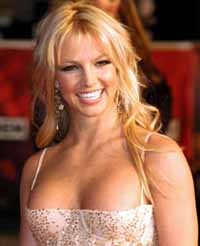 Based on the terms of that agreement, Federline will continue to be allowed to visit the children at Spears' home from noon to 4 p.m. on Mondays, Wednesdays and Fridays, reports AP.

Spears filed for divorce from Federline in November after two years of marriage, citing irreconcilable differences.