Spanish fashion designer Antonio Miro caused a stir on Friday after he used African immigrants some of them illegal as models at a Barcelona fashion show. 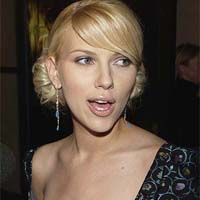 Eight Senegalese immigrants, dressed in white and beige outfits, paraded down the catwalk Thursday as part of the show, which also featured a white wooden fishing boat the same type illegal immigrants use nearly every day to reach Spain's Canary Islands, off west Africa.

Miro defended his initiative, saying that he wanted to show solidarity toward immigrants and draw attention to the issue. About 31,000 mostly African migrants fleeing poverty reached the Canary Islands by boat in 2006, almost as many arrivals as in the previous four years combined. Many die during the dangerous sea journey.

He said some of the immigrants used in the fashion show had begun the process of obtaining working papers in Spain while the others were illegal. The eight models were paid a small fee, Miro said.

"It's a way of giving them a tiny bit of me," Miro said and added that that they were happy to have a photo taken with (Samuel) Eto'o, a soccer star from Cameroon who plays at FC Barcelona and was at the catwalk.

But representatives of Senegalese immigrants described it as unfortunate and frivolous, saying Senegalese back home thinking of coming illegally to Spain may be inspired to try to make the dangerous sea voyage.

"Every day there are mothers who weep for their sons lost at sea," said Abdoulaye Konate, of an association of Senegalese immigrants in Spain. "It's not the best idea to give work to these eight illegal immigrants."

SOS Racismo, a non-governmental organization who works with immigrants in Spain, praised the idea.

"As long as it is done in good taste, fashion is a form of expression like the cinema or painting," said Javier Perez, SOS Racismo's Javier Perez.

"It's good that not only NGOs denounce the situation the immigrants are going through when they come by boat to Spain," Perez said.