Supermodel Naomi Campbell pleaded guilty to misdemeanor assault on Tuesday for hitting her maid with a cell phone over a pair of missing jeans. 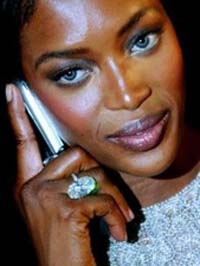 "I threw a cell phone in the apartment. The cell phone hit Anna," Campbell said during her appearance in Manhattan Criminal Court. "This was an accident because I did not intend to hit her."

Campbell, 35, was accused of hitting Ana Scolavino in the back of the head with the phone in the model's Manhattan apartment last March. Scolavino was treated for a head injury.

In exchange for her guilty plea, Campbell has to pay Scolavino's medical expenses of $363 (Ђ280), do five days of community service and attend an anger management class, reports AP.