Two nightclubs known as Club Paris will no longer be associated with their namesake Paris Hilton, according to the club's owner. 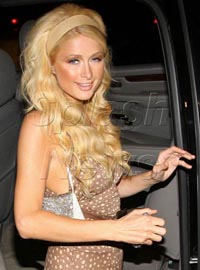 Fred Khalilian said he "fired" the hotel heiress because she has continuously failed to attend scheduled appearances at the location in downtown Orlando. The troubles started two years ago when Hilton showed up six hours late for the grand opening, Khalilian said.

"She's created a circus for herself," he said. "It's all about: How has she screwed up now?"

Khalilian does not want to change the name of the Orlando club, or one opened in Jacksonville last year, because he said the name is so well known. Instead of Club Paris representing Hilton, it will stand for the city, Khalilian said.

He plans to hold a competition to find the new face of his clubs.

Hilton's spokesman Elliot Mintz told The Associated Press that neither he nor Hilton have been contacted by Khalilian.

"I'm certainly disappointed to learn of Fred's unfortunate comments." Mintz said. "We shall address his statements at the appropriate time."