California Gov. Arnold Schwarzenegger returned to the state for surgery after breaking his leg in an Idaho skiing accident over the weekend, a spokeswoman said. 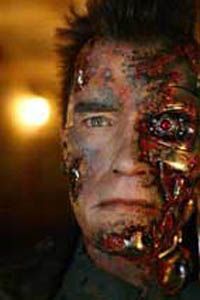 Schwarzenegger, 59, will undergo non-emergency surgery Tuesday morning to repair his fractured right femur, which he broke while skiing with his family in Sun Valley, Idaho, on Saturday, spokeswoman Julie Soderlund said Monday.

The procedure will use cables and screws to secure the governor's upper right thigh bone, said Dr. Kevin Ehrhart, the orthopedic surgeon performing the surgery at an undisclosed hospital in Los Angeles.

The governor, who has already been admitted to the hospital, will be placed under general anesthesia for no longer than two hours, though the surgery is not expected to last that long, Ehrhart said.

Schwarzenegger spent several hours at a University of California, Davis, hospital last December with a rapid heartbeat after coming down with a stomach flu. In January, he needed 15 stitches to repair his cut lip after colliding with a car while riding his Harley-Davidson motorcycle in Los Angeles, the AP reports.

The Sun Valley Resort, a favorite skiing destination for celebrities, includes a short ski trail named "Arnold's Run" after Schwarzenegger. The trail is categorized as a black diamond, or most difficult, for its challenging terrain.

The name and level of difficulty of the trail the governor was skiing when his accident occurred were not released.