Thousands of fans turned out Sunday to mourn slain Mexican "banda" singer Valentin Elizalde as his casket was carried back to his hometown in northern Sonora state. 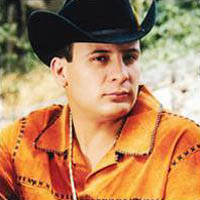 Elizalde, along with his manager and driver, died in a hail of bullets Saturday shortly after finishing a performance in the border city of Reynosa, across from McAllen, Texas.

On Sunday, a large crowd awaited the arrival of Elizalde's body at the airport in Ciudad Obregon, about 200 kilometers (120 miles) southeast of Hermosillo, the capital of Sonora state. Two police cars then escorted Elizalde's body to his hometown of Jitonhueca, about 100 kilometers (60 miles) southeast, where a memorial service was to be held at his mother's home, the government news agency Notimex reported.

Along the way, the funeral procession was greeted by the strains of norteno music. Some fans applauded from the side of the road. Others tossed flowers or laid out votive candles.

Elizalde's Web site said the shooting occurred as he was leaving a "palenque," a sort of small, open-air festival, at which he sang. Authorities in Tamaulipas state, where Reynosa is located, were not immediately available to confirm the circumstances of the deaths.

"We appreciated all the displays of solidarity and affection from fans, friends and the media ... rest in peace, Valentin Elizalde," read the singer's Web site, which identified his manager, Mario Mendoza, and his driver and friend, Raymundo Ballesteros.

There was no immediate information on a motive for the killings, reports AP.

Born in 1979 and known as "El Gallo," or "The Rooster", Elizalde was considered a mainstay of the accordion-based norteno music variously known as "banda" or "grupero."

Among his biggest hits were songs "Vete Ya," "Ebrio de Amor" and "Soy Asi."