More than 40 percent of elderly Japanese men living alone say they don't have any close friends and one in four says he has no contact with neighbors, according to a government survey that presents a grim picture of Japan's aging society. 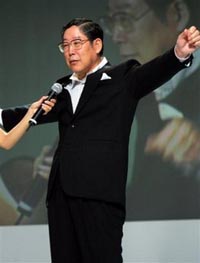 The Cabinet Office survey released Tuesday found that 41.3 percent of men aged 65 or older who live on their own said they had no close friends. The percentage of women in the same category was 22.4 percent.

The study interviewed 792 men and women aged 65 or older and living alone. The group included both married and unmarried people.

Only 7.1 percent of the women surveyed said they had no contacts with neighbors, up from 6.9 percent in 2002.

People aged 65 or older account for 20.7 percent of Japan's total population, according to government estimates released earlier this month.

By 2014, more than a quarter of the population is expected to be aged 65 or older, the government has said. By 2040, the figure will be more than 33 percent.