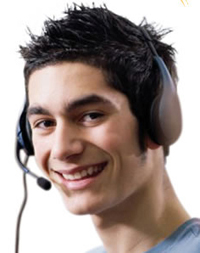 The Shanghai-based helpline will offer advice and counseling between 2 p.m. and 4 p.m. each Saturday, with about 10 female volunteers taking the calls, said Rager Shen, a volunteer with the Hong Kong-based Chi Heng Foundation that is funding the helpline.

The service will be an extension of a helpline for both gay men and lesbians that opened about six months ago but previously had only male volunteers answering questions on homosexuality.

"Lesbians would feel uncomfortable talking with men about their private issues, so we just wanted to have a try at setting up a fixed period of time exclusively for women," Shen said.

Shen said the prior lack of such a helpline reflected how Chinese society largely ignored lesbians, or "lala" in modern Chinese slang, and their issues.

"Our society pays much less attention to lesbians because they are not the high-risk population for AIDS. But they do have a lot of psychological problems," Shen said.

In what was hailed as a watershed moment for gay acceptance, a top Shanghai university this year began offering China's first class on homosexuality and gay culture, mainly because of strong demand from students.

Gays were strongly persecuted after China's 1949 communist revolution, condemned as products of decadent Western and feudal societies. Official attitudes have gradually loosened since the late 1980s, and in 2001 the China Psychiatric Association ceased listing homosexuality as a mental illness.

However, most gays remain closeted and the government has ruled-out legalizing same-sex marriages or passing legal protections such as anti-discrimination laws. Larger-scale gatherings such as gay film festivals have been banned and gay bars in some cities are subject to closure or police harassment.