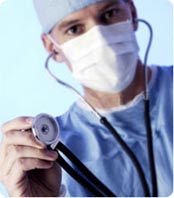 The study comes less than a month after other researchers reported that middle-aged, white Americans are much sicker than their counterparts in England.

According to Forbes, Americans said they were more satisfied than Canadians with the quality of care they received at either a hospital or a community-based facility. Canadians were happier with their physicians, however.

As well, American health care did excel in some areas compared to the Canadian system. For example, American women were more likely to have had a Pap smear and a mammogram than their Canadian counterparts.

Nevertheless, the American health system appears weakest in relation to the Canadian approach when it comes to caring for the uninsured.

"These findings raise serious questions about what we're getting for the $2.1 trillion we're spending on health care this year," said Dr. David Himmelstein, an associate professor of medicine at Harvard.

"We pay almost twice what Canada does for care, more than $6,000 for every American, yet Canadians are healthier, and live two to three years longer," Himmelstein added in a statement.

"Canadians had better access to most types of medical care (with the single exception of pap smears)," Himmelstein and colleagues wrote in the study, published in the American Journal of Public Health.