Sex is more satisfying in countries where women and men are considered equal, according to an international study of people between the ages of 40 and 80 by U.S. researchers. 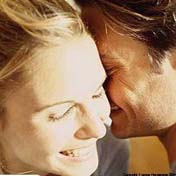 The study appears in the April issue of the Archives of Sexual Behavior.

This new study on sexual well-being, aging and health that was conducted in 29 countries by a University of Chicago research team surveyed about 27,500 people between the ages of 40 and 80, including equal numbers of men and women.

Austria topped the list of 29 nations studied, with 71 percent of those surveyed reported being satisfied with their sex lives. Spain, Canada, Belgium and the United States also reported high rates of satisfaction. The lowest satisfaction rate - 25.7 percent - was reported in Japan, informs Xinhua.

According to Toronto Star, Fadi Abou-Rihan, adjunct professor in sexual diversity studies at the University of Toronto, argues if there were a direct correlation between gender equality and sexual satisfaction, then Japan would have scored higher than Egypt.

"Japan may have scored lower, not because of gender inequality, but because of the culture's attitude toward pleasure and toward the body."

After all, he joked, if gender equality equalled a better sex life, then most, if not all, men would become feminists.

Kirk Lin of the Taiwanese-Canadian Community Service Association said Taiwan's ranking didn't surprise him because people there are so busy working, they don't have time for sex.

"People here (in Canada) are more relaxed and have time to think about it and enjoy it."

Sexuality in later life is widely believed to be non-existent, but this study found the opposite to be true.

The aging process can hamper active sexual life in both men and women. However, it need not be a rule that aging retards enjoyment. Women are reported to enjoy sex lives, as they grow older.

According to the U.S. National Institute on Aging, women seem to enjoy sex after menopause or ahysterectomy, since they may no longer fear an unwanted pregnancy.

In men, the common problem encountered with a ging is impotence with 15 to 25 percent cases by the time they reach 65 years of age. Most of the cases are triggered by the presence of conditions like heart disease, high blood pressure, or diabetes or the medicines used to treat them.

Conditions like a rthritis, chronic pain, diabetes, heart disease, incontinence and stroke also affect the ability of an individual to enjoy a good sexual life as they age. But adopting healthy lifestyle practices including getting adequate exercise, eating good food, drinking plenty of fluids like water or juices, and avoiding smoking and alcohol ensure that an individual can lead a happy and active sex life even as they age, reports Food Consumer.