Russian MP from the Saratov region, Nikolai Bondarenko, is conducting an experiment, in which he is trying to survive budgeting himself to the minimum living wage of 3,500 rubles ($54) a month. The MP has already lost a few kilos, he complained. 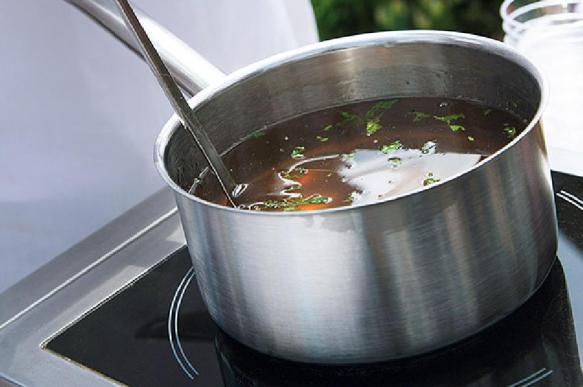 "I weighed 94 kg at the start of my experiment two weeks ago. Now I weigh 88 kg, I have lost weight," said Bondarenko.

The MP also said that he continues eating mainly cereals and vegetables. For breakfast, he has 1.5 eggs, his lunch is a plate of buckwheat or meatless cabbage soup.

Bondarenko is currently on a business trip in Yakutia republic in Siberia, where he continues the experiment. He rents an apartment there and cooks for himself. The communist MP also said that he did not eat anything during the 4.5-hour flight. "In order not to break the purity of the experiment during the flight which took 4.5 hours I was forced to give up eating and drank only water," he noted.

Bondarenko started the experiment after a scandal that broke out with former regional minister Natalya Sokolova. The latter was opposed to raising the minimum subsistence of 3,500 rubles and  said that one could easily live for that money if one could limit their food consumption to seasonal fruit  and vegetables. "Macaroni always cost the same. What about kefir? This is very cheap!" Natalya Sokolova said. Bondarenko challenged her to have a real expriment to find out whether it could be possible to live on 3,500 rubles a month, but she refused.

Sokolova's remarks generated a storm of outrage in Russia. She was fired when she said that she could not limit herself to such a diet because of her "ministerial status." The ex-minister was making over 190,000 rubles a month ($3,000), plus she was paid 100,000 rubles annually from the budget of the region.

Nikolai Bondarenko announced his experiment on September 12. A week later, he complained of dreary diet and a weight loss of 2 kilograms. The MP spends 900 ($14) rubles a week on foodstuffs. He had to give up on sports because his diet makes him feel weak. Bondarenko is 33 years old.