Many Russian web users showered singer Yulia Samoylova with criticism after she announced her intention and readiness to move to Europe. Samoilova posted a picture of her from Moscow's Sheremetyevo Airport on her Instagram. 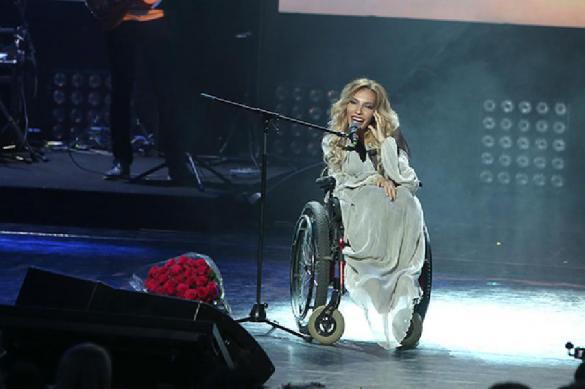 On September 6 at night, Samoilova, who represented Russia as Eurovision Song Contest in 2018, also uploaded a video of her address to fans, in which she said that she was ready to leave Russia. She promised to clarify more details of her decision later the same day. Samoilova's agent said that he did not know why the singer decided to make such a statement.

It was reported that the singer decided to leave Russia due to her medical condition.

Yulia Samoilova performed for Russia as Eurovision Song Contest in 2018 and took the 15th place.

Samoilova was born in 1989. At age 13, she was dagnosed with spinal muscular atrophy. The diagnosis made her a wheel-chaired disabled individual.