In Rostov-on-Don, parishioners made a curious video of a church attendant, who was speaking on  iPhone 7 Gold. A man entered the church at the moment when a modestly dressed woman in a white kerchief was kneeling on the floor, looking for something in her bag while talking on the phone, the cost of which starts from 50,000 rubles ($900). 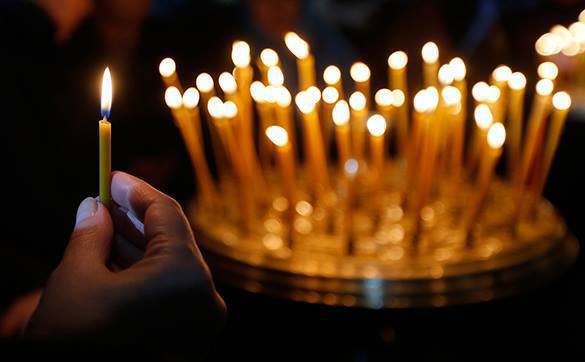 "I came to Rostov from the Crimea and decided to go to a church near the embankment, and what I saw there just killed me! A nun was collecting donations in a bag while talking on this phone," the author of the video told Bloknot publication.

It was reported earlier than the Russian Orthodox Church refuted the information about the blessing to sell gold iPhones. "I draw the attention of fellow journalists to the fact that there is no blessing from the Russian Orthodox Church for the sale of luxury models of mobile phone. This is deception," the head of the patriarchal press service, priest Alexander Volkov wrote on Wednesday.