Juventus beat Monaco over the two legs with an aggregate of four goals to one, winning 2-0 away in France and 2-1 at home. Tomorrow Atlético de Madrid takes on arch rivals Real Madrid, winner of the first leg by three goals to nil. 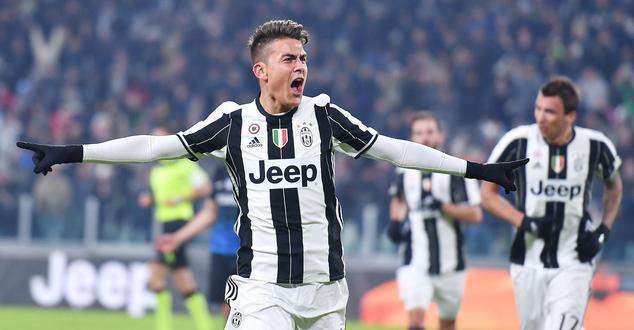 Monaco did not come to Turin defeated, despite the two goal lead Juve took home from France. Ball possession gave the away side an advantage of 53% to 47% although Juventus had 6 shots on target against Monaco's 2. However, Monaco had 5 shots off target against the home side's 4, saw 4 shots blocked against Juve's 5 and had 8 corners against 6.

Conclusion: Juventus is a very strong contender for the Champions League title this season. Against whom we shall see tomorrow.

In the Europa League, Celta Vigo lost narrowly at home to José Mourinho's Manchester United, while Ajax has the advantage in the other tie. In the Champions League, it's Real Madrid and Juventus ahead against Atlético and Monaco. United is back, Mourinho's magic can once again be seen.

Celta saw a little more of the ball (54% to 46%) and worked the ball, at home, slightly more than United. However in practical terms, United had 5 shots on target against Celta's 2; United saw three shots saved, against 1 for Celta.  Celta keeper Sergio Álvarez saved shots from Rashford, Mkhitaryan and Lingard in the first 45 minutes. But...Celta coach Eduardo Berizzo was up against the Master, José Mourinho, who does his homework. Good news for Mourinho? The Man of the Match was Paul Pogba!! The goal came from a free kick, outside the area.

Higuain gave Juve a 2-0 away lead against a Monaco side which has started to place itself in the elite of European soccer. In the Europa League, Ajax is back, with a 4-1 win against Lyon. Unless Lyon wins by three goals in the second leg (not impossible) Ajax will face the winner of the Manchester United versus Celta Vigo tie.

Real attacked more, dominated the game (61% of ball possession against 39%), had 16 shots against Atlético's 4. A hat-trick from Cristiano Ronaldo underlines the incredible form of this record-breaking player. Real versus Juve in the final?