Kim Jong-un made great play with foreign journalists in Pyongyang 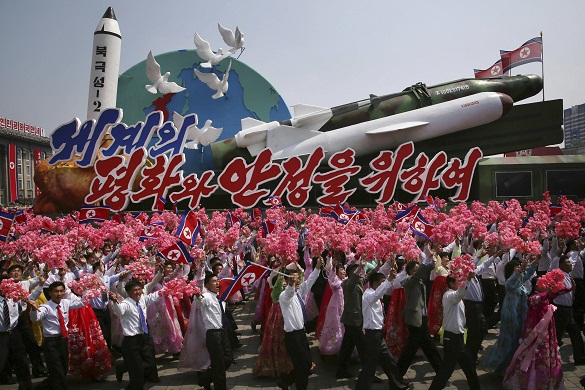 A week of stay in Pyongyang cost foreign journalists $2,500. As many as 121 journalists attended the festivities celebrating the birthday of Kim Il Sung in North Korea on April 15.

For example, a foreign reporter had to pay $ 4.5 for a cup of coffee, whereas the official rate to exchange  the  local currency for the dollar was nine times higher than on the black market.

During the military parade to mark the 105th anniversary of the former leader of the DPRK Kim Il Sung, Pyongyang demonstrated state-of-the-art missiles and other achievements in the defense industry.