Iosif Kobzon, People's Artist of the USSR and the Russian Federation, was delighted about the fact that Russian Eurovision-2017 contestant Yulia Samoilova may be banned from entering Ukraine. 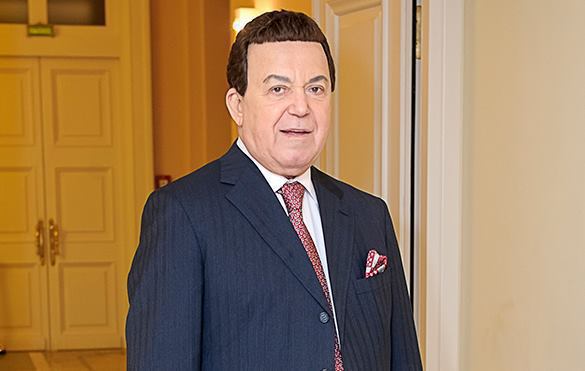 Kobzon, who also serves as First Deputy Chairman of the State Duma Committee for Culture, stated: "I am very happy, because I've always said that we should not go there to that bandit country to dishonor our singers. If they have artificially created, as they say in football, the offside situation, this is a good thing."

According to Kobzon, Russia should have immediately announced its refusal to participate in the contest in Kiev. "We shouldn't embarrass ourselves by going to those American puppets," he added.

"If we are trying to protect some unfortunate 30,000 dollars that we paid for Eurovision, then we can only care less about them. We have lost more before but we have not lost our dignity and conscience," the singer added.

Earlier, the head of the Security Service of Ukraine, Vasily Gritsak, said that the agency had prepared a document to bar Yulia Samoilova's entry to Ukraine.

Interestingly, British pop singer Robbie Williams stated that he was ready to represent Russia at Eurovision Song Contest 2017 in Kiev. He suggested Channel One should nominate him.

Meanwhile, Ukraine's Eurovision 2017 contestant Zhenya Galych called Russia's choice of the singer with limited opportunities "an absolutely brilliant move of Russian special services." According to the singer, there is an information war being waged between Russia and Ukraine, and "Yulia Samoilova is an informational soldier," he said on 1+1 TV channel.