A person dressed in the suit of an extraterrestrial creature tried to escape from police in the city а Ufa. 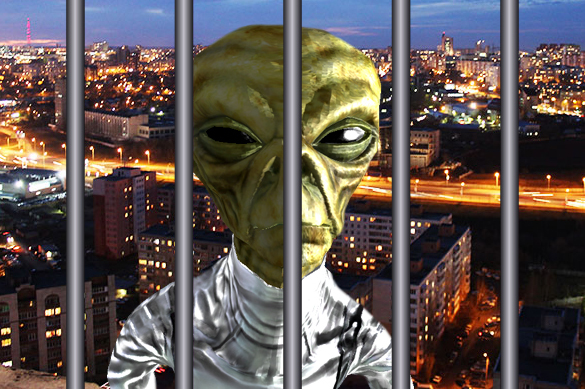 Law enforcement officers of Ufa had to detain the person in the suit. Eyewitnesses said that the "alien" entered a food store and scared all sales people in it.

It turned out later that the "alien" was a member of a TV crew from Moscow. The crew arrived in the city to film an episode of a popular TV show, in which they inspect food stores and assess level of service. The crew, including the person in the alien suit, were allowed to continue working.

Meanwhile, Russian ufologists believe that representatives of extraterrestrial civilizations will be visiting the Earth more frequently in 2017. Encounters will be most frequent in Russia's Ural region, known as "M-Triangle." The triangle is a territory between Sverdlovsk and Perm regions. Unidentified flying objects appear in the area every two or three years. Nothing happens for the next 1213 years, but the extraterrestrial activity then resumes.