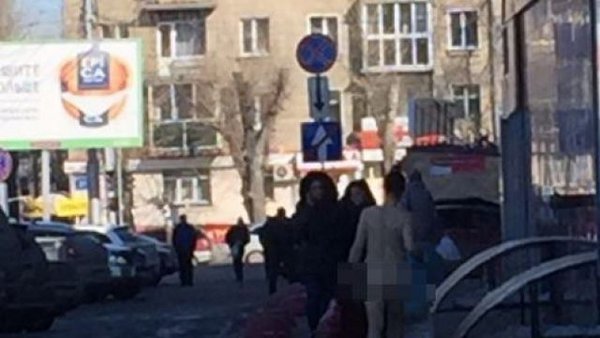 In Novosibirsk, a naked woman took a walk on Karl Marx Square. The incident took place on March 12.

The woman was wearing only a pair of sneakers. She had a bag and a coat in her hands. Many assumed that the lady must have lost a bet to someone.

Another bizarre incident took place in Novosibirsk on March 5, when a naked man appeared in the way of an ER vehicle and ripped off its license plate. The man appeared in front of the ER vehicle, undressed and threw his clothes in the windshield of the vehicle. The incident happened on Lenin Street.