British Prime Minister Theresa May has triggered vivid discussions of her behaviour at a recent session of the lower house of the British Parliament. 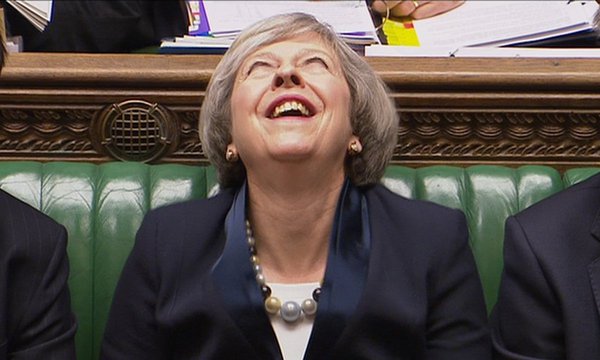 Therese May's laughter at hearings in the House of Commons has raised many eyebrows indeed.  Many people called May's laughter "diabolical," others said that she laughed like a "supervillain."

The incident occurred during the speech of Labor Party leader Jeremy Corbin, who accused the head of the British government of an "amicable deal" with the authorities of the county of Surrey.

The video of Theresa May's laughter has gone viral on the Internet and generated countless photoshopped images.

Earlier, British Prime Minister Theresa May found herself in the centre of another confusing situation, when she was left without dinner after the EU summit.