Ukrainian authorities have formally introduced the notion of "person of indeterminate sex." Local journalist Orest Sohar paid attention to an official document by the Ministry of Health, which contained three positions - M/F/N - in "Sex" graph. 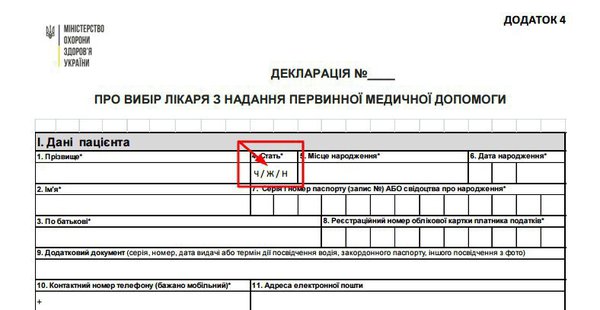 "As part of the introduction of family medicine, the Ministry for Health currently coordinates the Declaration of choosing a doctor for primary care. The graph "Sex" contains three positions - M/F/N, which stands for "NO." We have a few transgender individuals in the whole country, there's a plethora of problems in medicine, but the Ministry for Health has identified its priorities," the journalist wrote in the social network.

The document was approved by Ukraine's Acting Minister for Health, Ulyana Suprun.

"If we go further with borrowing "universal values​​" we will soon not be allowed to call parents "mother" and "father" because there are no mothers and fathers in homosexual couples," the journalist also wrote.