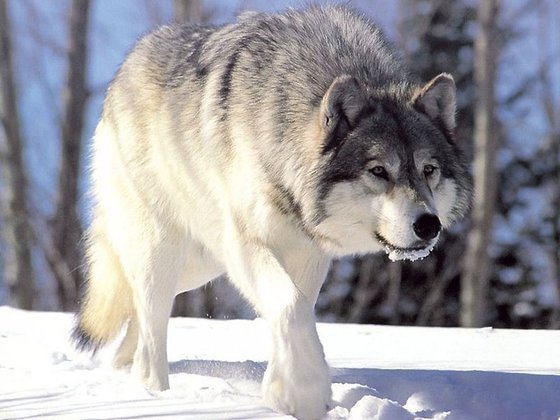 In the Rostov region, hunters shot a huge wolf that was terrorizing residents of a local village. The wolf had killed several pigs, a calf and even an Alabai dog (or Central Asian Shepherd  - these dogs are known for their unusually big size).

The locals complained to local hunters. The latter arranged a chase for the wolf on snowmobiles. The wolf was eventually killed. The hunters said that the animal was a lot heavier than usual, Bloknot Rostov reports.