The Yeruslan ship, arrested for debts, had been docked in the Amur Bay of Vladivostok for two years. Until recently, the ship attracted practically no attention. However, everything changed a week ago, when someone posted photos and information about the desolate vessel on the Internet. As a result, the ship was looted in less than a week. On January 31, the ship caught fire and burned completely. 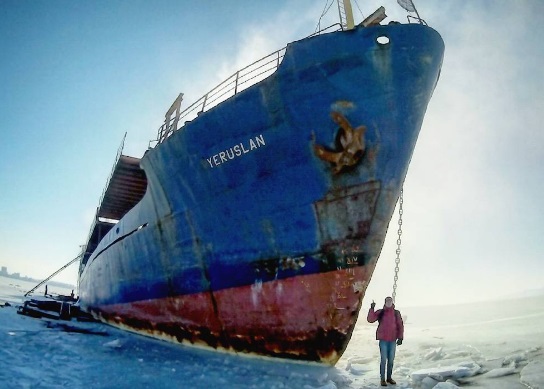 "When I boarded the ship, it seemed to me that I was about to meet someone of the crew. Everything was clean and tidy everywhere. There was food and supplies in the dining room: eggs, cereals, tea, canned meat. Household appliances were in order - kettles, irons, heaters - everything was in their place. It seemed that the crew has just left the ship and was about to return," local citizen Alexei Hamitsevich, who visited the ghost ship a month ago, told PrimaMedia news agency.

The ship was built in 1967 in Hungary. Until 1993, the vessel was used as part of the Navy of the USSR and Russia as dry cargo transport. Afterwards, she became property of a company based in Vladivostok. Five years later, the ship was sold to China. In 2015, the Yeruslan was arrested. The crew were hoping that the owner would pay them salary and refused to leave the ship to the last.