Man sells his cat with extrasensory abilities for $265,000

A resident of the city of Blagoveshchensk in Russia's Amur region is selling his cat with a price tag for several million rubles (tens of thousands of dollars), Amur Info news agency reports. The owner of the cat assures that the feline possesses incredible qualities. 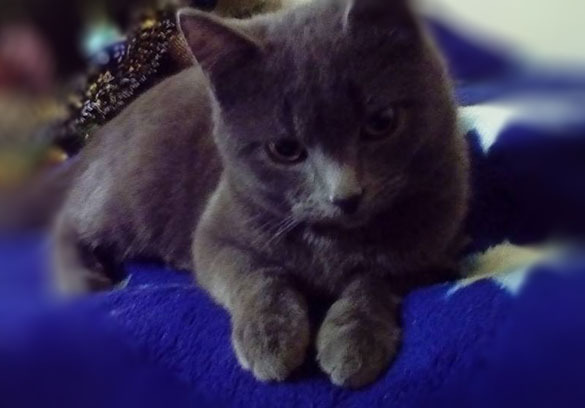 According to the man, the cat is 800 years old. "The cat has a rare gift: he can communicate with the nether world. He can see ghosts, spirits, astral entities, and he can interact with them - he can either block or enhance their influence on humans. He is a priceless assistant at seances. The cat  can also diagnose and treat all diseases, show influence on love affairs between people. To crown it all, he attracts luck and wealth," the man wrote in his ad.

The cat also has a few cons. The man claims that the cat can walk through walls and become invisible." "He may hypnotise his owners to receive the most delicious treat from the fridge or even make the owner go to a grocery store at night for some sausages," the man wrote.

The ad says that the cat is available for 17,000 rubles. However, the man explains in the ad that it actually goes about 17 million rubles ($265,000) as the price box could not fit all the zeros.

The man claims that he already has a buyer - a woman from a neighbouring region. She has agreed to buy the cat for five million rubles ($78,000) and has already made the advance payment of 50,000 rubles.

"As far as I could understand, the buyer has something to do with extrasensory activities. The woman came to see the cat and she had all the stuff with her - the cards and so on," the man said.