A family living in the Vladimir region of Russia has decided to change the name of their two-year-old son Rasul. According to the head of the local registry office, Ekaterina Belous, the parents decided to rename their boy as Putin. 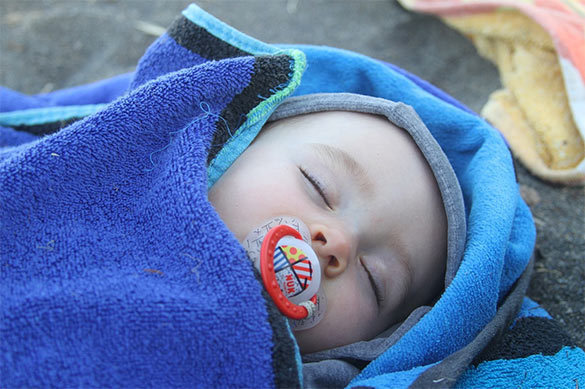 "We have made an inquiry to Moscow, where specialists introduced necessary changes in the documents and sent us a new birth certificate. The child's name now is Putin Jurayev," the official said, RIA Novosti reports.

The full name of the child is Putin Jahongirovich Jurayev. The idea to change the little boy's name occurred to his grandfather, a big fan of the Russian president.

Last summer, it was reported that an Egyptian journalist and translator Moamen Mukhtar named his son in honor of Russian President Vladimir Putin.

He posted a photograph of the child on his Facebook page and wrote: "Here is my son, Putin. Thank goodness. God has given me a son: his name is Putin Mukhtar".

The Egyptian journalist noted that "there are many Vladimirs in the world, but there is only one Putin. "Putin as the last name has become unique as people would like to use it as the first name," the journalist also noted.

Interestingly, the journalist can now be addressed as Abu Putin, which means "Putin's father."