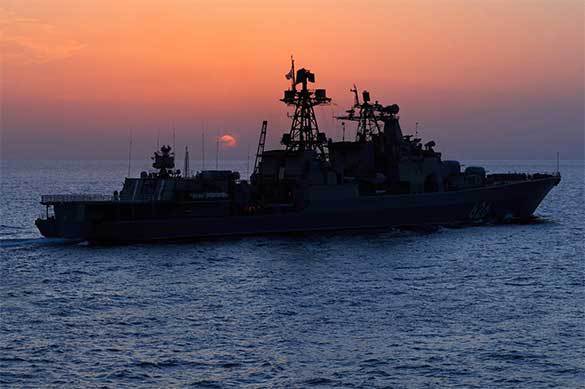 The Ukrainian ship was drifting for two days after the vessel lost her speed in the Mediterranean Sea.

According to the Russian Ministry of Defense, Russian officers currently try to establish whether it is possible to repair the Ukrainian fishing boat. The Russian warship may also evacuate the Ukrainian crew or tug the boat to the nearest sea port.

Weather conditions were extremely complicated. Russian seamen and medics were conducting the rescue operation under conditions of strong winds and a raging storm. However, they eventually managed to board the vessel in distress and provide necessary assistance to the fishermen.