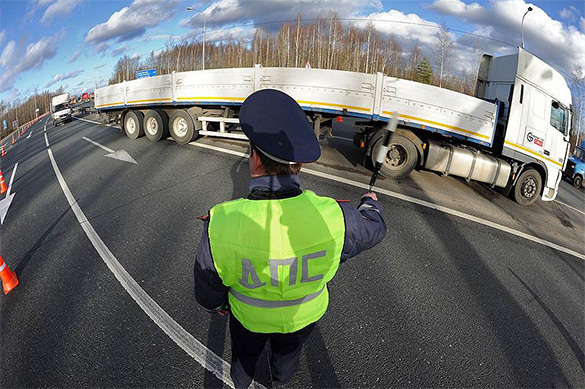 An unusual car accident took place on the Moscow ring Road on November 17 at night, when a truck crashed into an armored vehicle.

The driver of the Isuzu truck was said to be guilty of the accident for losing control of the truck while changing lanes.

The chief of the press service of the Western Military District, Colonel Igor Mugunov, said that the BTR-82A armored vehicle belonged to the Russian Defense Ministry.

According to Muginov, the truck driver lost control while changing lanes and crashed into the back of the left side of the armored personnel carrier. No one was hurt in the accident, but it created a long traffic jam on the road.