In Siberia, man bares torso to go to work at -30C. Video 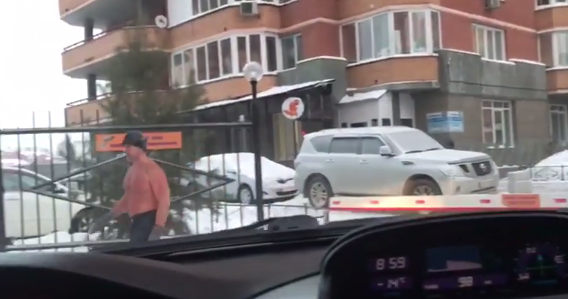 A resident of the city of Novosibirsk (Siberia) made a video of a semi-naked man walking in the street wearing his trousers, a hat and a pair of gloves. The man with the bare torso was going to work when it was -30 degrees Centigrade outside.

The author of the video says that one may see the bare-chested man walking vigorously in all weathers.

Local journalists managed to find the brave, frost-hardy man, who turned out to be an IT company employee. The man said that he had been going in for sports for 25 years and did not see anything extraordinary in taking a walk bare-chested, given the fact that he lives "not far" from his work - only a couple of kilometers.

"When temperatures fall below -30 degrees, I wear a T-shirt," the hardy man said. He said that he was 43 years old, but declined to give his name.