Steven Seagal, a US actor, has received Russian citizenship. The decision has been made by Russian President Vladimir Putin. Previously, Seagal himself admitted such a possibility. 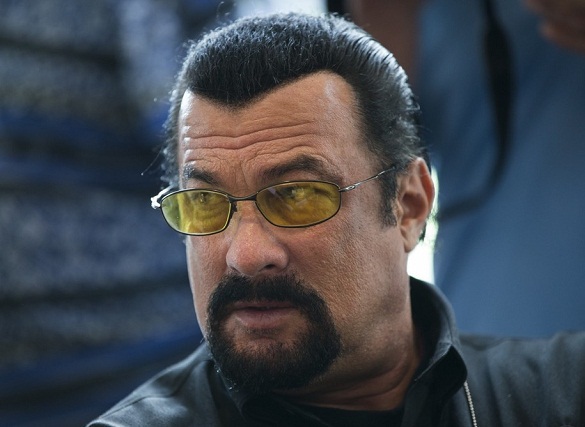 The decree about the decision to grant Russian citizenship to US actor Steven Seagal has been published on the official website of the Kremlin.

"To bestow citizenship of the Russian Federation to Seagal Steven Frederick, born on 10 April 1952 in the United States of America," the decree reads.

The decision was made in accordance with Article 89 of the Russian Constitution.

In mid-September, Seagal admitted that could obtain Russian citizenship. "I think Russian citizenship is somewhere on the horizon," he said. Seagal said that he would like to spend a few months a year in Russia with his friends - "with the people who love me and wait for me here," the actor said.

In 2014, Steven Seagal said in an interview with the Rossiyskaya Gazeta that there was no restriction in the United States for holding foreign citizenship. He also said that he did not intend to renounce his US citizenship." "I am an American and I love my country," the actor added.

In early January, Steven Seagal became a citizen of Serbia.

Steven Seagal is a frequent guest in Russia. In 2014, he came to attend an armory show in the town of Zhukovsky. In 2014, a promotional contract was announced, in which Steven Seagal was supposed to advertise products of Kalashnikov Concern. Later, a company spokesman told the Izvestia that the contract did not materialize.

"It was his wish, he has requested it hard and has been seeking it for a long time," Peskov said, Interfax reports.

Seagal himself admitted that he was very excited to be able to obtain Russian citizenship, as he has been working tirelessly to improve relations between Russia and the United States.

"I feel deep respect and affection for Russia, just like for my own country. I've always believed that the United States and Russia should be best friends and allies," said Seagal.