Russian pianist Denis Matsuev terrorized in US for supporting Putin

The US tour of outstanding Russian pianist Denis Matsuev was marred with attacks from rabid members of anti-Russian Signerbusters group. 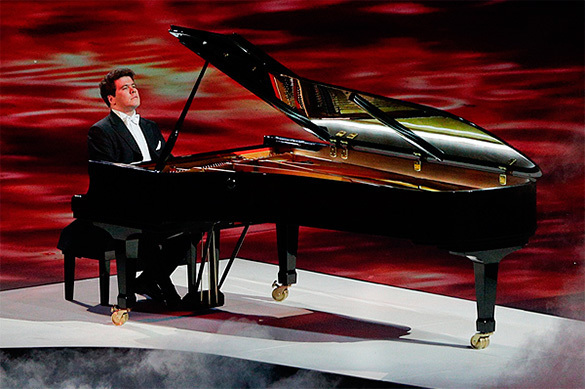 The group organized a picket at Carnegie Hall prior to the concert of Denis Matsuev and accused the musician of supporting "Putin's criminal regime."

Later, Arts Against Aggression group in Boston organized a Halloween-style installation called "Putin & Matsuev House of Horrors" near the building of a local concert hall.

According to the organizers of the above-mentioned acts, US citizens should ask themselves whether it is appropriate to continue cooperation with the Russian artists, who support the policies of President Vladimir Putin.

Denis Matsuev runs many charitable programs, conducts youth music competitions and festivals for youth and children, such as "Stars on Baikal" and "Crescendo."

In December 2011, Matsuev became an honorary professor at the Moscow State University. He headed the Interregional Charitable Foundation "New Names," the purpose of which is to provide education to talented children.

Denis Matsuev is also the art director of the Foundation named after Sergei Rachmaninoff. Matsuev appealed to Russian President Vladimir Putin with a request to buy back Rachmaninoff's Swiss estate "Senart" to establish the International Cultural Centre at the property.

In February 2006, the pianist became a member of the Council for Culture and Arts under the Russian President.

Noteworthy, it is not the first time, when Russian musicians face such obstruction due to the political situation in the world. After the concert of the Orchestra of the Mariinsky Theatre in Palmyra, some pundits found the performance "rather weak". Thus, British Foreign Secretary Philip Hammond called the concert in Palmyra a tasteless and cynical idea.

In general, however, the majority of Western officials supported the cultural campaign of the prominent and world-famous Moscow orchestra. United States Department of State Mark Toner said, in particular, that he would never condemn such a wonderful act.