A Russian passenger, who arrived from Vietnam, was arrested at the airport of Koltsovo in Yekaterinburg. The man had two stuffed Siamese crocodiles, which he tried to bring into Russia without declaring them. 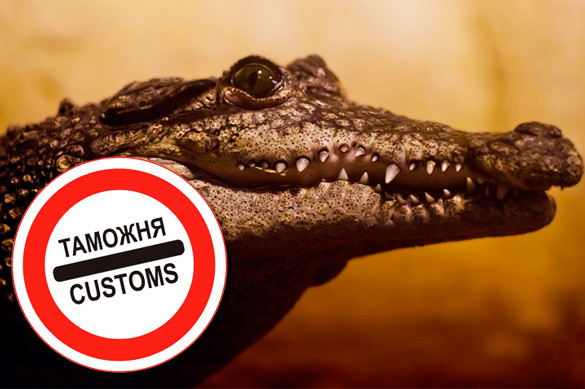 The press service of Koltsovo Customs said that the passenger, a resident of Magnitogorsk, purchased the exotic souvenirs during his tourist trip to Vietnam, but he did not arrange adequate documents for his purchase to be able to bring them to Russia.

It remains a mystery how the tourist managed to take the exotic souvenirs through the Vietnamese customs. The Siamese crocodile is an endangered species, and their import from the country is limited. The import of stuffed reptiles, as well as plaster casts of turtles, lizards and scorpions from Vietnam is forbidden.