Stratfor analyst Jay Ogilvy shared impressions from a recent trip to Russia in his column. In the beginning of the article, the author wrote that many of the things that he was going to say about Russia would contradict to what Western media report about Russia. 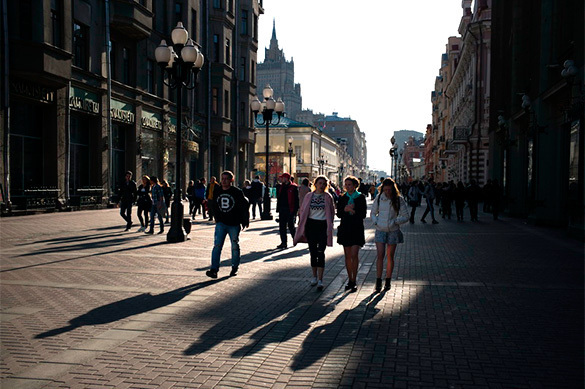 "In this column I want to offer a set of impressions from my recent trip to Russia, and I warn you: What I've seen runs contrary to much of what you may have read in the press," Ogilvy wrote.

"So what are the dominant impressions derived from my recent trip? Of a country suffering under sanctions? A little, but not much. Of a country poised to conquer the West? Absolutely not. To the contrary, I've seen festivities. I've seen wealth. I've seen people on the streets who are free and highly self-expressive. The postures, the gaits, the eyes, the clothing!" he continued.

Ogilvy notes that he went not only to Moscow but also to the city of Ekaterinburg, Russia's fourth largest city, situated two time zones far from Moscow.

"The Boris Yeltsin Presidential Center and Museum in Yekaterinburg is an architectural wonder. The mayor is a lanky 6-foot-5, 54-year-old runner straight out of central casting, vibrant and impressive, who began his career as a poet," the analyst said.

According to Ogilvy, Western sanctions pushed Russia to capitalize its capitalize its consumer economy through import substitution. Russia should not have done this a long time ago, and the sanctions played a decisive role at this point. The Russians have achieved a lot because of the difficulties with the imports of foreign goods, the author concludes. "With their vast stores of natural resources, well-educated workforce and extreme ingenuity, they are succeeding," the Stratfor analyst said.