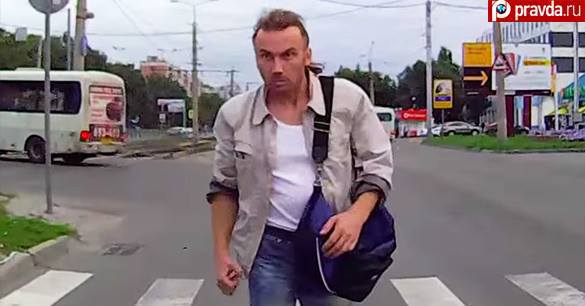 A man, who was crossing a road in Barnaul, Russia, stopped the car by clapping his hands and giving the driver a very angry look.

The passerby started crossing the road against the traffic light. The driver of the approaching car was not violating any traffic rules, but he had to pull over to let the man go. The aggressive man, having stopped the car, punched the vehicle on the hood and continued walking.

The author of the video said that the aggressive man had to explain his actions to police afterwards.