The charity gala event "History of the Russian Ruble. Our love. Our energy" that was held on August 4 at President Hotel in Moscow was marked by a very extravagant understanding of both the Russian history and the current state of affairs in economy in general. 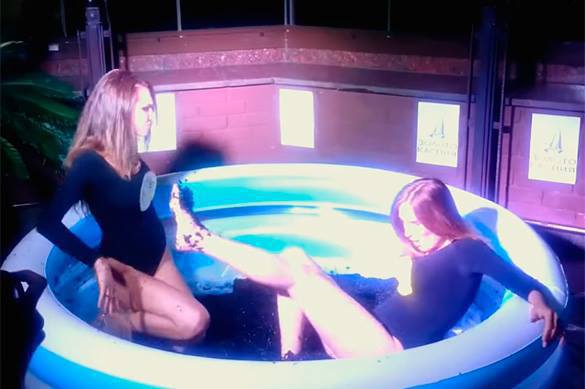 The showstopper of the evening was a fight of models in a pool of black caviar. The fight was videoed and uploaded on the Internet. It is noted, though, that the evening was a pre-party, the program of which also included the demonstration of an exclusive capsule collection of dresses dedicated to the Russian ruble and the performance of Russian folk songs in soul arrangements. The evening ended with the presentation of a giant ruble-styled cake from a famous European confectioner.

The actual event to mark the 700th anniversary of the Russian ruble is scheduled for October 19 at the State Kremlin Palace. The show will consist of historical, literary and musical performances.