Elderly lady rises from the dead to scare her careless neighbors

In the city of Berdsk, the Novosibirsk region, an elderly woman returned home from the nether world. The 81-year-old woman left home in April of the current year and did not return. Some time later, the police asked the woman's neighbors to identify the body. 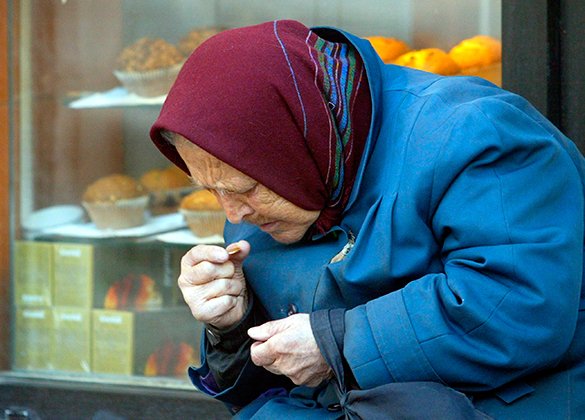 All confirmed that the body belonged to their missing elderly neighbor. However, as it turned out, the people make a mistake as the two women looked like two peas. As a result, the villagers buried a different person under a different name.

"I was the first to have identified her. I can tell you now that the similarity between them was about 90 percent," Elena Demina, a neighbor said.

The neighbors informed the woman's relatives - her his brother and nephew - of her death, and they moved into her apartment.

Four months after the funeral, the old lady suddenly returned home, having scared all  neighbors and relatives with her visit.

"We are going to decide something with her relatives, as they need to bring her back into this world," said Elena Demina.

As it turned out, the pensioner was lost indeed, but doctors of a psychiatric clinic found her near a railway station and took her to a hospital, where the woman was staying for four months.

The doctors informed social services about the lost woman, but they did not contact the lady's relatives, even though she had her IDs with her.